Students can go through AP Board 8th Class Maths Notes Chapter 3 Construction of Quadrilaterals to understand and remember the concepts easily.

→ A closed four sided polygon is called a quadrilateral.

→ A quadrilateral has 4 sides, 4 vertices, 4 angles and 2 diagonals.

→ Quadrilateral and their types: 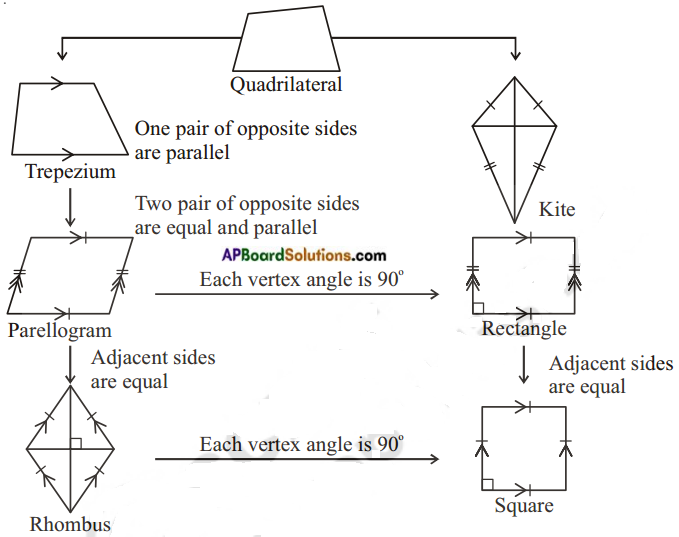 → Five independent measurements are required to draw a unique quadrilateral.

→ The two special quadrilaterals, namely rhombus and square can be constructed when two diagonals are given.