Question 2.
Draw a diagram representing the following data.
“In a triangle ABC, AD is the median drawn on to the side BC is produced to E such that AD = ED to form a ABEC parallelogram”.
Solution: 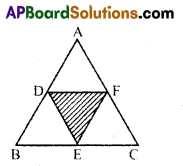 Question 5.
ABCD is a parallelogram and ∠D = 150°. The side AB is produced to E. Then find the measure of ∠CBE. 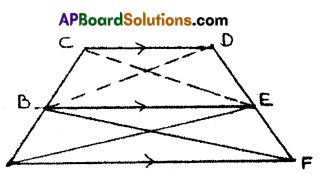 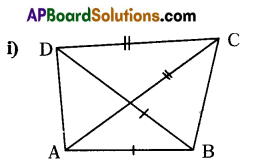 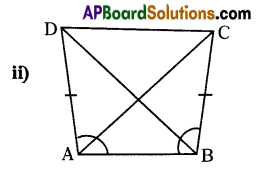