(b) During the last few decades drought in Vidarbha region has increased.
Answer:
It is an example of climate.

Question 2.
Match the following. Use maps if you cannot locate the places.
(There could be multiple correct answers.)

Answer:
(a) Trivandrum — is closer to sea and the climate has big impact of the seas
(b) Gangtok — is farther from the equator and temperature would be lower in winter
(c) Anantapur — is closer to the equator but not close to the seas and has low rainfall

Question 3.
Describe India’s climate controls.
(OR)
Explain any two factors that influence the climate in India.
Answer:
The factors that affect climate are called climatic controls. These include:

Question 5.
How are human activities contributing to global warming?
Answer:

Question 6.
What are the disagreements between ‘developed’ and ‘developing’ countries about AGW ?
Answer:

Question 7.
How is climate change causing global warming? Suggest measures to minimise the influence of the global warming.
Answer: 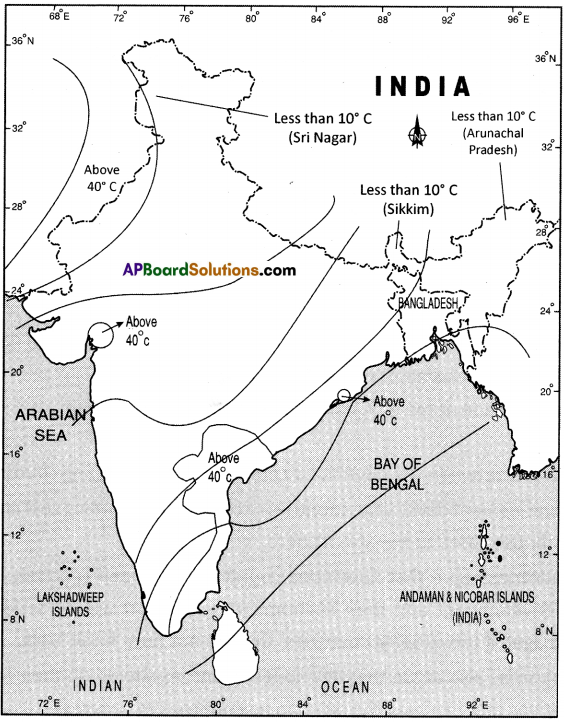 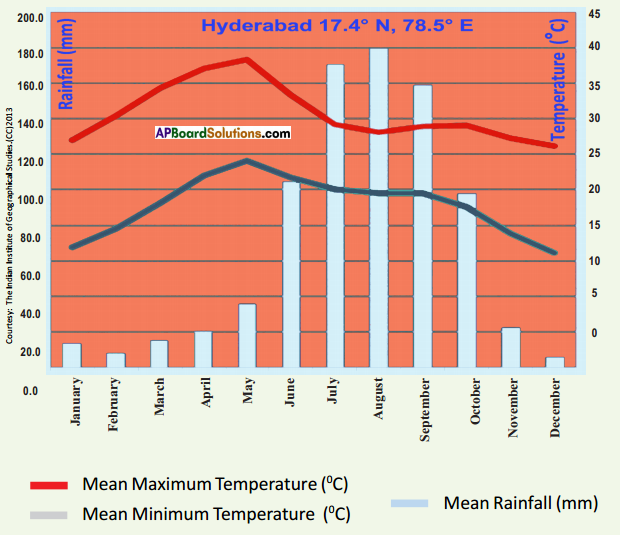 (E) Identify relief conditions causing variation in temperature and rainfall.
Answer:
Hyderabad is present in the Deccan Plateau. It is situated at an elevation of 600 m from the mean sea level. 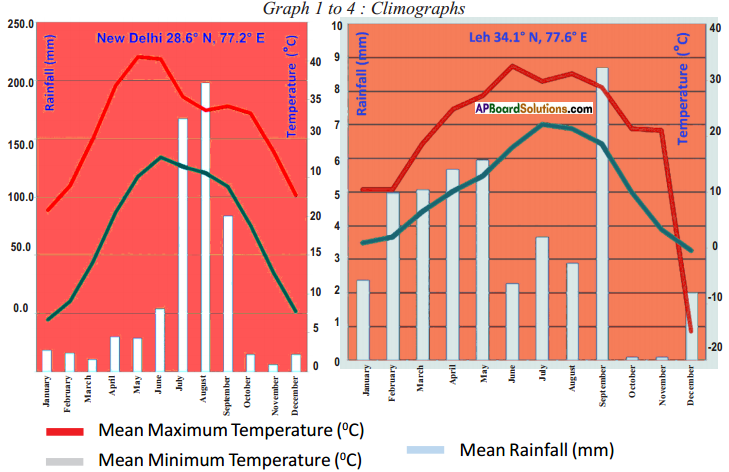 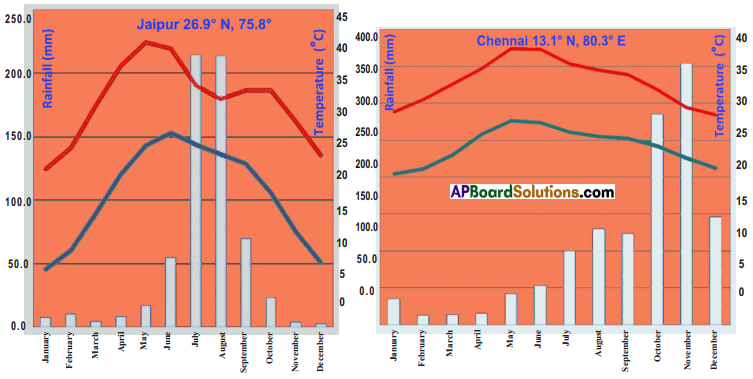 Range of Temperature: From highest value to lowest value

Question 3.
From the range of temperatures in the above table, say whether Jaipur is, in general, hotter than Leh. Explain your answer.
Answer:

Question 4.
Compare the climate of Delhi and Chennai. How are they different? 4S June 20171
Answer:

Question 5.
Read carefully the rainfall pattern for Leh. In what ways is this different from the others? From your atlas, can you find out some other places in the world that have similar rainfall patterns?
Answer:

Question 6.
Identify the wet months for Chennai. How is this different from Jaipur?
Answer:

Question 7.
Using a globe recall and discuss what you may have read earlier. How does the angle of the sun vary at different latitudes? What impact does this have?
Answer: 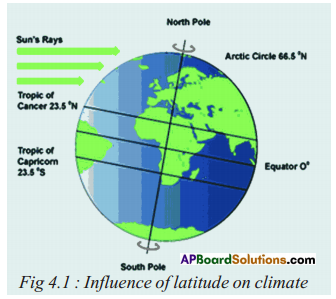 Sun angles and their impact.

Question 8.
In your atlas, compare the temperatures of Mumbai and Nagpur for the winter and summer months. How are they similar or different? How does it explain the distance from the sea?
Answer:

Question 9.
With the help of the climographs, can you explain how differences in temperature can be explained for Jaipur and Chennai ?
Answer:

Question 10.
Are Shimla and Delhi located on very different latitudes? Check with your atlas. Is Shimla cooler than Delhi during summer ?
Answer:

Question 11.
Why does Darjeeling have pleasant weather as compared to Kolkata during summer season ?
Answer:

Question 12.
What would be the range for the average temperature in A.P. for January?
Answer:

Question 14.
Close to the line showing places where average temperature is 25°C, there’s a small circle of places on 20°C. How is this possible?
Answer:

Question 15.
From the climographs (Graph 1-4), note the approximate average temperature for May for the four places and mark them on the map given.
Answer: 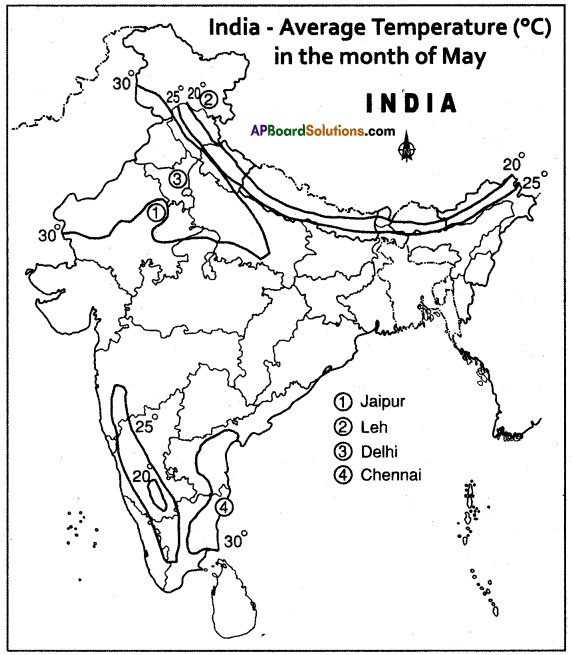 Question 16.
What is deforestation ?
Answer:

Question 17.
Does deforestation happen only in forest areas? How about in your local area, even if there are no forests?
Answer:

Question 19.
What are some other ways in which human action contributes to global warming?
Answer:

Question 20.
Imagine how one would cope with the situation if millions of people were affected. Where would you find land for resettlement? What jobs would they do?

Collect proverbs/sayings that are related to climate and weather in your region.

Answer:
“Red sky at night, sailor’s delight. Red sky in the morning, sailor take warning.”
“Mare’s tails and mackerel scales make tall ships take in their sails.”
“Clear moon, frost soon.”
“Halo around the sun or moon, rain or snow soon.”
“Rainbow in the morning gives you fair warning.”
“When the stars begin to huddle, the earth will soon become a puddle.”