(b) It is important to encourage mono-crop cultivation to ensure food security.
Answer:
Encouraging mono-crops will not serve the purpose of food secuirty. It makes the soil lose its ife&ility. Care must be taken to encourage farmers to go for agricultural diversification.

(c)
Low-calorie intake is higher among people with low income.
Answer:
It is correct.

(d) Legislations have an important role to play in ensuring food security.
Answer:
It is correct. Those legislations are needed to be executed in a heartful manner.

Question 3.
Supposing the foodgrain production has been affected in a particular year, because of a natural calamity. In what ways can the government ensure higher availability of foodgrains for the year?
Answer:

Question 4.
Use an imaginary example from your context to describe the relationship between underweight
and access to food.
Answer:

Question 5.
Analyse a week’s food habit of your family. Create a table to explain nutrition elements included in it.
Answer: 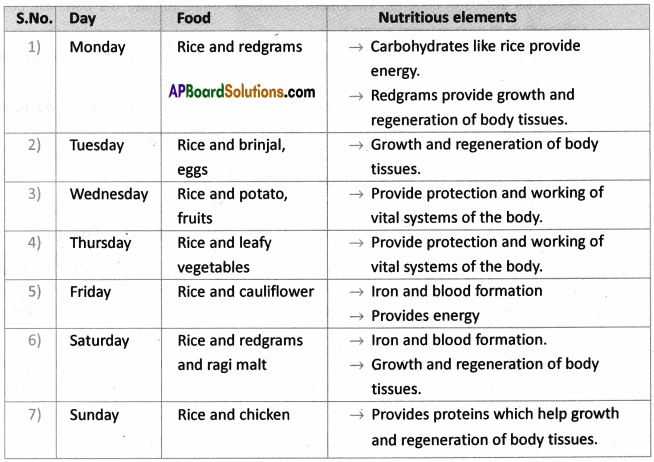 Question 6.
Describe the relationship between increase in food production and food security.
Answer:

Question 7.
Give reasons to argue for the following statement “Public Distribution system can ensure better food security for people”.
(OR)
“Central and State Governments purchase one-third of food grains from farmers. Through different programmes, these food grains are distributed to people.”
Do you think that the public distribution system managed by the government is providing proper food security? Express your opinion in an elaborate manner.
Answer:

Question 8.
Below poster what indicates about food security. 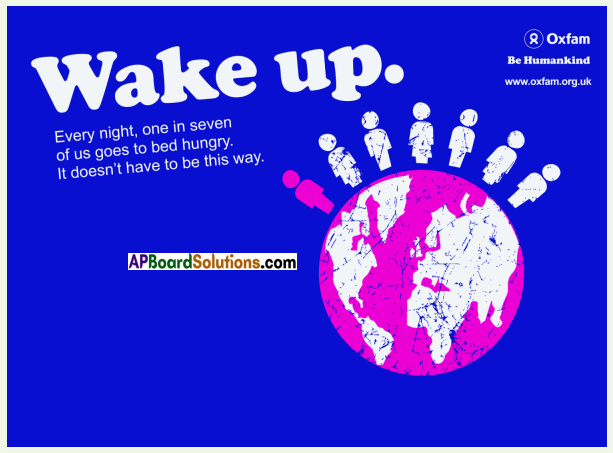 Answer:
The above poster indicates :

Question 1.
Examine the given graph and fill in the blanks. 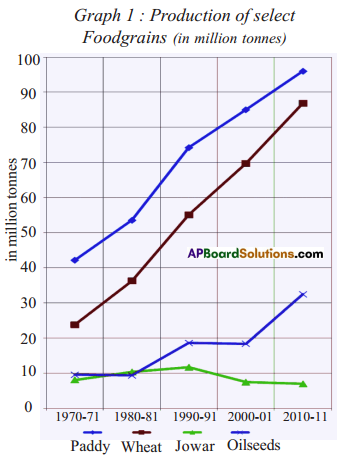 Question 2.
Read again the section on “Land and other natural resources” In chapter 9, What are the possible ways of increasing production of crops from land?
Answer:

(OR)
The possible ways of increasing production of crops from land.

Question 4.
Why should attention be given to increase the yield of jowar? Discuss.
Answer:

Question 5.
What factors have contributed to the high growth of paddy and wheat yields over a long period?
Answer: 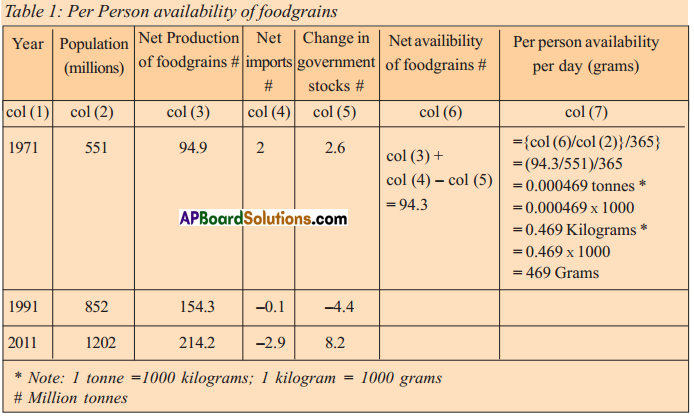 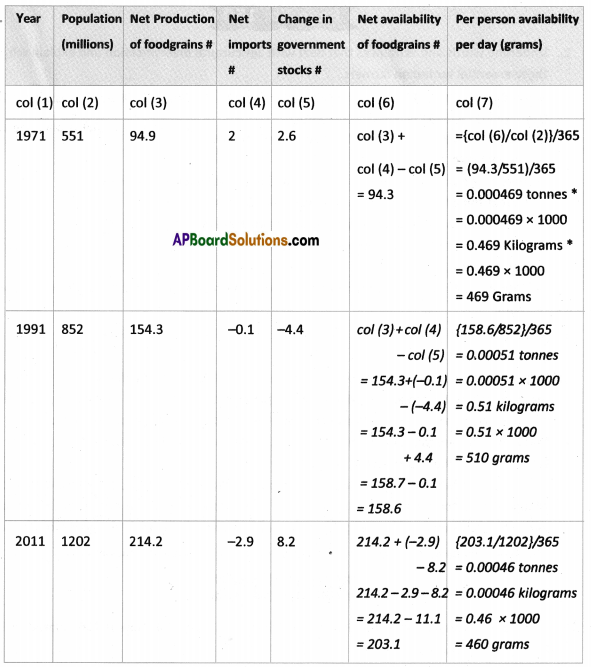 Question 9.
Write a description about agricultural diversification for your own village or any village that you know about.
Answer:
Velpur has most of the lands with black cotton soils. There are a few rainfed streams for irrigation water. Rice is cultivated as the primary crop. Cotton is cultivated as the second crop. The seeds for these crops are collected from corporate seed companies. Most of the villagers own few buffaloes. They are much interested in dairying. Some part of the land is used to keep grass which is to be used as the fodder to the cattle.
When there was a shortage of rainfall, the crops are damaged and they do not yield good crop. Along with cotton, chillies are also grown in large scale. People are taking up the works of agriculture with much of the usage of technology. A proper plan from the government and its efforts are enabling this village to experience the agricultural diversification.

Question 10.
Recall the discussion on Public Distribution System in Class VIII. How is PDS related to food security of the people in the country ?
Answer:

Question 11.
Observe the following graph and fill in the blanks.
Percentage Share of Purchases from PDS, rice and wheat, 2009-10. 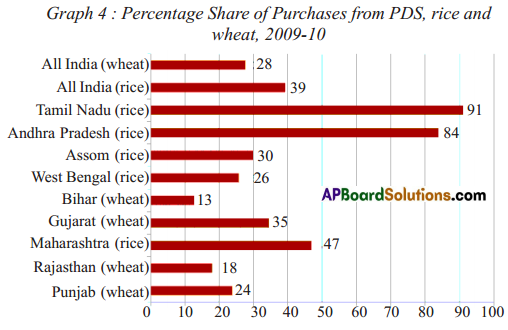 Question 12.
How can an effective Anganwadi center deal with such a situation for a locality? Discuss.
Answer:

Question 13.
What overall conclusions can you draw from these statistics? Write a paragraph. 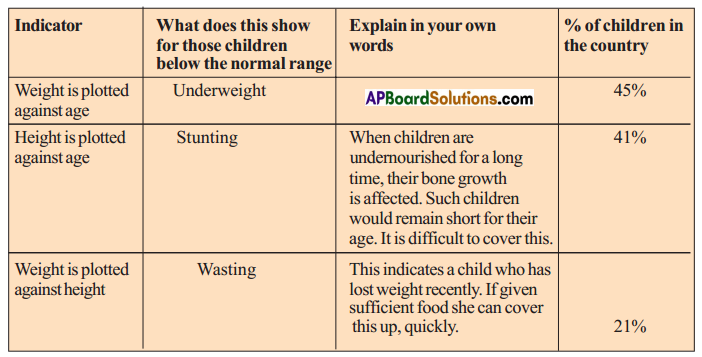 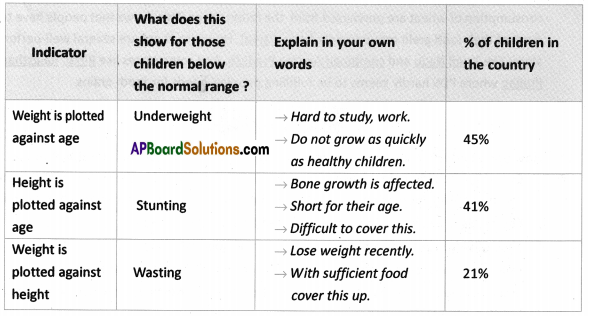 Read the following poem, Aai. Can you write a poem relating to any aspect of food security?

Answer:
Some Quotes on Food Security: 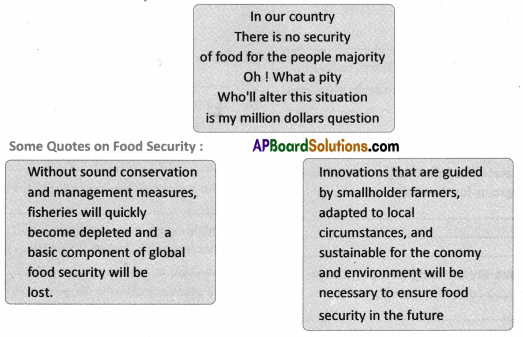