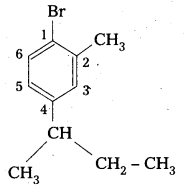 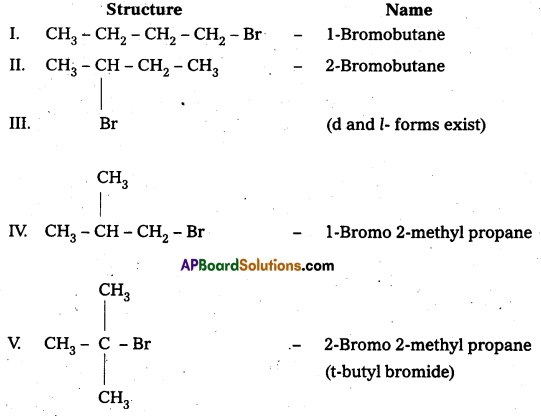 This can be explained by considering SNI reaction mechanism. In case of SNI reactions reactivity depends upon the stability of carbo cations.
C6H5CHClC6H5 forms more stable carbo cation than C6H5CH2Cl.

Question 8.
Treatment of alkyl halides with aq.KOH leads to the formation of alcohols, while in presence of alc.KOH what products are formed ?
Answer:

These are positional isomers.

Question 11.
What are Enantiomers? [T.S. Mar. 19]
Answer:
Enantiomers : The stereo isomers relatëd to each other as non-superimposable mirror images are called enantiomers. 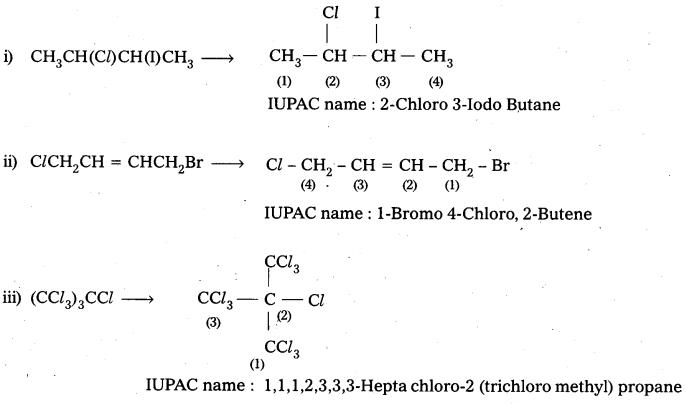 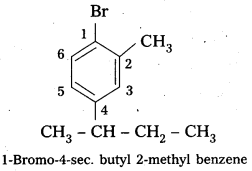 Question 3.
A hydrocarbon C5H10 does not react with chlorine in dark but gives a single monochloro- compound C5H9Cl in bright sunlight. Identitfy the hydrocarbon.
Answer:

Question 5.
Predict the alkenes that would be formed in the following reactions and identify the major alkene. 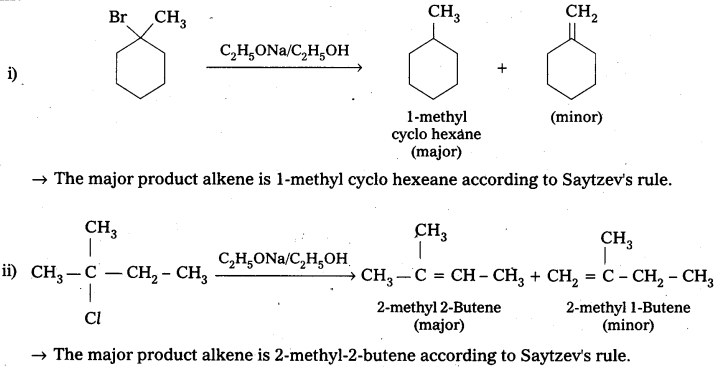 Question 6.
How will you carry out the following conversions ?
i) Ethane to bromomethene
ii) Toluene to benzyl alcohol
Answer:
i) Conversion of Ethane to Bromo Ethane.

Question 8.
Write the mechanism of the following reaction.

Answer:
Given reaction is 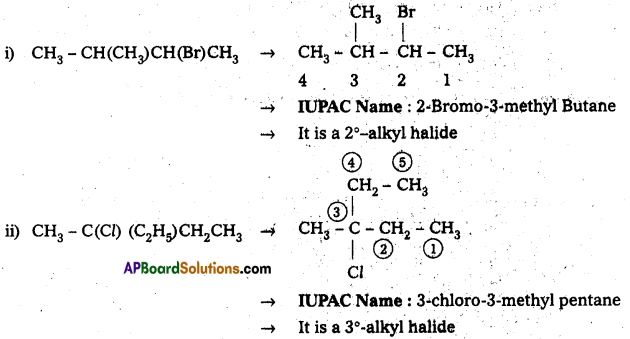 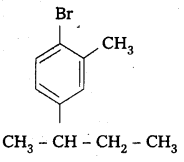 Question 5.
Explain why allylic and benzylic halides are more reactive towards SN1 substitution while 1-halo and 2-halobutanes preferentially undergoes SN2 substitution.
Answer:
1) Allylic and benzylic halides show high reactivity towards the SN1 reaction.
Reason: The carbocation thus formed gets stabilised through resonance phenomenon as shown below.

Question 6.
Describe the stereo chemical effect on the hydrolysis of 2-bromobutane.
Answer:
When S-2-Bromobutane is allowed to undergo hydrolysis R-2-butanol is formed with the – OH group occupying the position opposite to what bromide had occupied. This is an example of SN2 – reaction. SN2 reactions of optically active halides are accompanied by inversion of configuration.

iii) Enantiomers : The stereo isomers related to each other as non-superimposable mirror images are called enantiomers.

Question 10.
Explain the Grignard reagents preparation and application with suitable example.
Answer:
Alkyl magnesium halides are generally called as Grignard reagenty.
Preparation: These are prepared by the treatment of alkyl halides with magnesium metal in presence of dry ether.

Applications:
Grignard reagents have wide applications in the synthesis of large no. of organic compounds.

Given that compound ‘A’ when reacted with Na does not forms the same product produced by n — Butyl bromide.
∴ isomer I cannot be ‘A’. 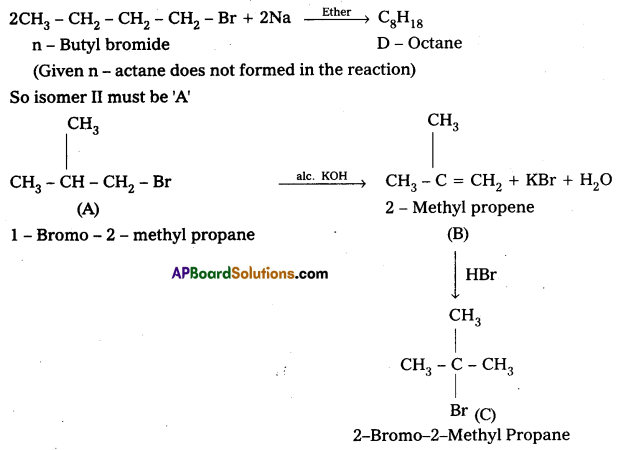 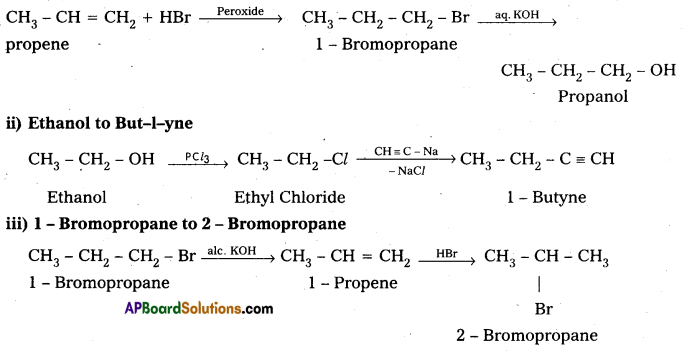 Question 15.
Write the reactions showing the major and minor products when chlorobenzene is reacted with CH3Cl and CH3COCl in presence of AlCl3.
Answer:
i) Friedel crafts alkylation : When chiorobenzene is treated with CH3Cl to form 1 – Chloro – 4 – Methyl benzene (major) and 1 – Chloro 2 – Methylbenzene (minor).

Question 3.
Identify all the possible monochloro structural isomers expected to be formed on free radical monochlorination of (CH3)2CHCH2CH3.
Solution:
In the given molecule, there are four different types of hydrogen atoms. Replacement of these hydrogen atoms will give the following.
(CH3)2CHCH2CH2Cl
(CH3)2CHCH(Cl)CH3
(CH3)2C(Cl)CH2CH3
CH3CH(CH2Cl)CH2CH3

Question 4.
Write the products of the following reactions

Question 5.
Haloakanes react with KCN to form alkyl cyanides as main product while AgCN forms isocyanides as the chief product. Explain.
Solution:
KCN is predominantly ionic and provides cyanide ions in solution. Although both carbon and nitrogen atoms are in a position to donate electron pairs, the attack takes place mainly through carbon atom and not through nitrogen atom since C-C bond is more stable than C-N bond. However, AgCN is mainly covalent in nature and nitrogen is free to donate electron pair forming isocyanide as the main product.

Question 6.
In the following of halogen compounds, which would undergo SN2 reaction faster ?

It is primary halide and therefore undergoes SN2 reaction faster.

As iodine is a better leaving group because of its large size, it will be released at a faster rate in the presence of incoming nucleophile.

Question 7.
Predict the order of reactivity of the following compounds in SN1 and SN2 reactions.
i) The four isomeric bromobutanes
ii) C6H5CH2Br, C6H5CH(C6H5)Br, C6H5CH(CH3)Br, C6H5C(CH3)(C6H5)Br
Solution:
i) CH3CH2CH2CH2Br < (CH3)2CHCH2Br < CH3CH2CH(Br)CH3 < (CH3)3CBr (SN1)
CH3CH2CH2CH2Br > (CH3)2CHCH2Br > CH3CH2CH(Br)CH3 > (CH3)3CBr (SN2)
Of the two primary bromides, the carbocation intermediate derived from (CH3)2CHCH2Br is more stable than that derived from CH3CH2CH2CH2Br because of greater electron donating inductive effect of (CH3)2CH-group. Therefore, (CH3)2CHCH2Br is more reactive than CH3CH2CH2Br in SN1 reactions. CH3CH2CH(Br)CH3 is a secondary bromide and (CH3)3 CBr is a tertiary bromide. Hence the above order is followed in SN1. The reactivity in SN2 reactions follows the reverse order as the steric hinderance around the electrophilic carbon increases in that order.

Question 8.
Identify chiral molecules in each of the following pair of compounds. (Wedge and Dash representations according to Inter 1 yr., fig. 13.1).

Question 9.
Although chlorine is an electron withdrawing group, yet it is ortho-, para-directing in electrophilic aromatic substitution reactions. Why ?
Solution:
Chlorine withdraws electrons through inductive effect and releases electrons through resonance. Through inductive effect, chlorine destabilises the intermediate carbocation formed during the electrophilic substitution. 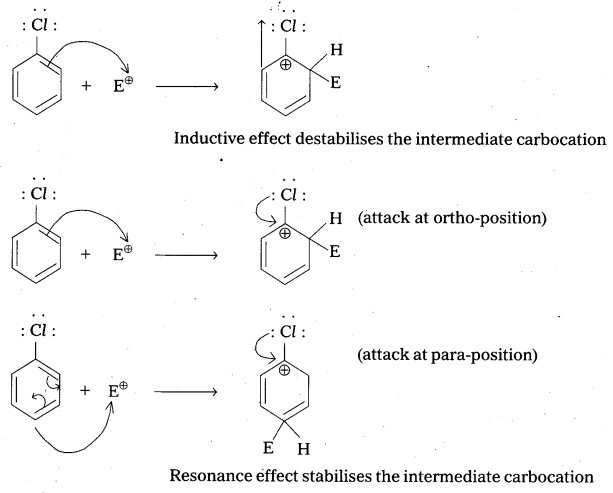 Question 2.
Why is sulphuric acid not used during the reaction of alcohols with KI ?
Answer:
H2SO4 cannot be used along with KI in the conversion of an alcohol to an alkyl iodide as it converts KI to corresponding acid, HI which is then oxidised by it to I2.

All the hydrogen atoms are equivalent and replacement of any hydrogen will give the same product.

Similarly the equivalent hydrogens are grouped as a, b, c and d. Thus, four isomeric products are possible.

Question 5.
Draw the structures of major monohalo products in each of the following reactions.

Question 6.
Arrange each set of compounds in order of increasing boiling points.

Question 7.
Which alkyl halide from the following pairs would you expect to react more rapidly by an SN2 mechanism ? Explain your answer.

Answer:
i) CH3CH2CH2CH2Br Being primary halide, there won’t be any steric hindrance.

The presence of methyl group closer to the halide group will increase the steric hindrance and decrease the rate.

Tertiary halide reacts faster than secondary halide because of the greater stability of tert-carbocation.

Because of greater stability of secondary carbocation than primary.