Question 2.
List some of the problems faced by workers of those times. Discuss if such problems exist in our times too.
Answer:

Question 4.
How was the idea of equality being similar or differently challenged by women and workers movements?
Answer:

Question 5.
Draw a poster to illustrate the ideas of “liberty, equality and justice” with in the context of workers and women. Identify occasions where these idea are being violated.
Answer:

In the following occasions the ideas are violated. 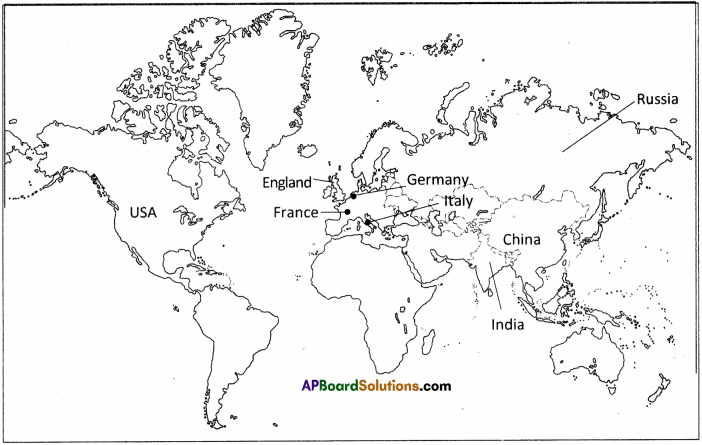 Question 8.
Do you find any social protest movements around you? Interview with the leaders of that movement and prepare a report and present in your class.
Answer:
Yes I found a social movement in my surrounding Area. That is “Prohibition”.
Students : Good morning Madam
Leader (Lady) : Good morning Children
Students : Madam, why did you start the movement on prohibition?
Leader : Because to protect the human beings.
Students : How did you protect them?
Leader : If we start a movement against the liquor, then the government will stop the production.
Students : Why did the government to stop the production of liquor.
Leader : Liquor it is the harmness to the health of the consumer. And how much the worker earn half ofthe amount they spend on liquor. Not spend for his family.
Students : Is it known to the government or not.
Leader : Yes, it is known by government. But they did not take any steps. That’s why we started movement for the safe of families.
Students : How far this movement is helpful to families?
Leader : Children, 90% of our families in India are poor. They are not able to fulfill they proper basic needs also. But they addict to liquor and spoil their life and health and they did not take care about families and education of their children. Gradually, the families become a poor, due to the movement they stop the use of liquor, and use the money for the welfare ofthe family and live happily.
Students : Very good Madam, how did you raise the movement?
Leader : I create awarness among the family members who affected these and gathered and maintain a group and started the movement.
Students : Did you successful any?
Leader : Yes, due to the movement government ban on “cheap liquor”. That’s why we continue our movements to “complete prohibition.”
Students : Very good Madam, you are doing a great job for society. So, we also participated in this movement.

Question 1.
In what ways do you think ideas of liberty, equality and fraternity wouid have helped to inspire protest movements? (Text Book Page No. 198)

Question 3.
In what way did Marx’s Socialism disagree with Luddism? (Text Book Page No. 202)
Answer:

Socialism as profounded by Karl Marx

Question 4.
Why did Marx consider factory production as superior and desirable? (Text Book Page No. 202)
Answer:

Question 5.
What was the main difference between Marx and the earlier socialists? (Text Book Page No. 202)
Answer:
Marx asserts that revolution, which is a political action, is the only way to achieve socialism.

But according to early socialist, reforms and peaceful means are the best way to achieve socialism.

That was the main difference.

Question 6.
Do you think people have achieved ideas of “liberty, equality and fraternity” in the 21st century? (Text Book Page No. 198)
Answer:

Question 7.
In India too such laws which protected our farmers from competition from import of cheap agricultural products are being ended. Do you think such imports will benefit the poor people in India? (Text Book Page No. 198)
Answer:
No. I do not think so. Such imports will not benefit poor people in Inaienjecauseney may cause damage to our production also.

Question 8.
Why do you think workers would have supported the ending of the ComLawsandwhy do you think the landowners supported them? (Text Book Page No. 198)
Answer:
The artificially high corn prices encouraged by the Corn Laws meant tnatuiewomng class had to spend the bulk of their income on corn just to survive. Since they had no income. Left over for other purchases, they could not afford manufactured goods. Thus the economical spiral worsened for everyone involved. So the workers would have supported the ending of the Corn Laws.

Question 9.
To what extent do you think breaking the machines helped the workers? (Text Book Page No. 199)
Answer:

Question 11.
When new machines are brought in a factory, some workers are usually rendered jobless. Why do you think this happens ? Can there be ways of improving technology without creating unemployment for workers? (Text Book Page No. 199)
Answer: