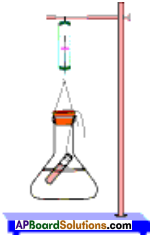 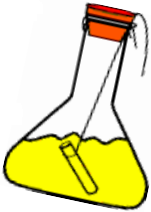 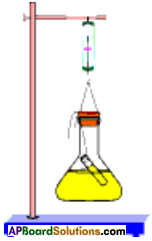 Answer:
Aim :
To verify law of conservation of mass.

Question 4.
Carbon dioxide is added to 112 g of calcium oxide. The product formed is 200 g of calcium carbonate. Calculate the mass of carbon dioxide used. Which law of chemical combination will govern your answer? (AS 1, AS 2)
Answer:

Question 6.
In a class, a teacher asked students to write the molecular formula of oxygen. Shamita wrote the formula as 02 and Priyanka as O. Which one is correct? State the reason. (AS 1, AS 2)
Answer:
Shamitha’s answer is correct.
Reason :

Question 9.
Lakshmi gives a statement “CO and Co both represent element”. Is it correct? State reason. (AS 1, AS 2)
Answer:
Lakshmi’s statement is incorrect.

Question 10.
The formula of water molecule is H2O. What information do you get from this formula? (AS 1)
Answer:

Question 21.
Complete the following table. (AS 1)

Question 23.
Make placards with symbols and valencies of the atoms of the elements separately. Each student should hold two placards, one with the symbol in the right hand and the other with the valency in the left hand. Keeping the symbols in place, students should criss-cross their valencies to form the formula of a compound.
Answer:
Student’s activity.

Question 24.
Take empty blister packs of medicines. Cut them into pieces having 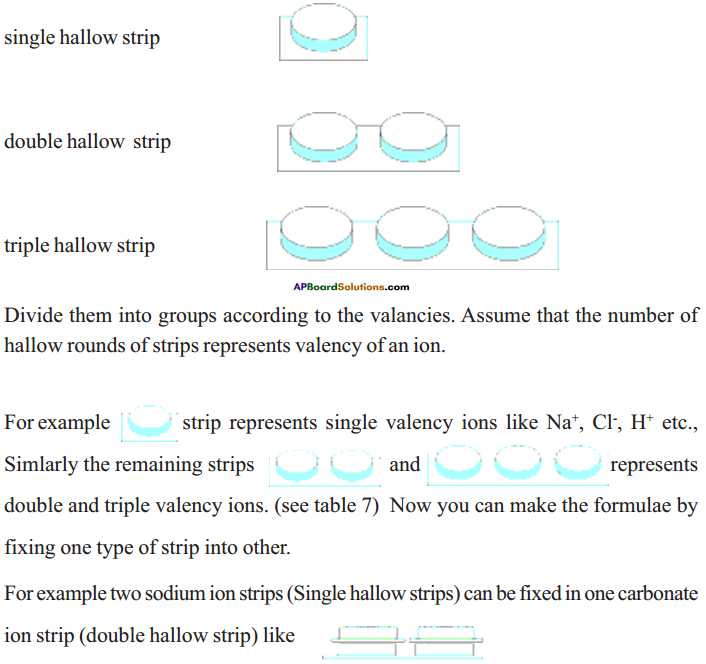 Hence the formula of sodium carbonate will be Na2 CO3
Hence the forrnu A. Student’s activity.

Question 2.
Where does the matter charcoal go?
Answer:
The charcoal, on burning, gives off CO2 which is mixed in atmosphere. The residue is remained as ash.

Question 3.
Wet clothes dry after some time – where does the water go?
Answer:
Water evaporates and mixed in the atmosphere.

Question 6.
Did you observe any precipitate in the reaction?
Answer:
In the flask, a reaction takes place between lead nitrate and potassium iodide.

Question 7.
Do you think that a chemical reaction has taken place in the flask? Give reason.
Answer:
Yes, the contents in the flask are changed as lead iodide and potassium nitrate.

Question 9.
What are your conclusions?
Answer:
Mass was neither created nor destroyed.

Question 10.
What do you observe from table – 1?
Answer:
The components of a compound are mixed at same proportions in any sample.

Question 12.
Are elements also made of atoms?
Answer:
When the particles of a substance contain only one type of atoms, that substance is called an element. In elements the smallest particle that exist may be atoms or molecules.

Question 13.
How do we write the symbols for calcium, chlorine, chromium?
Answer:
We have only 26 alphabets in English, but there are over 100 known elements. We cannot write the same symbol for carbon, calcium, chromium, etc.

Question 14.
Would you be able to recognise the elements of the table – 2, have symbols of this category?
Answer:
Yes. They are iron, gold, sodium, and potassium.

Question 15.
Observe the atomicity and fill the following table. 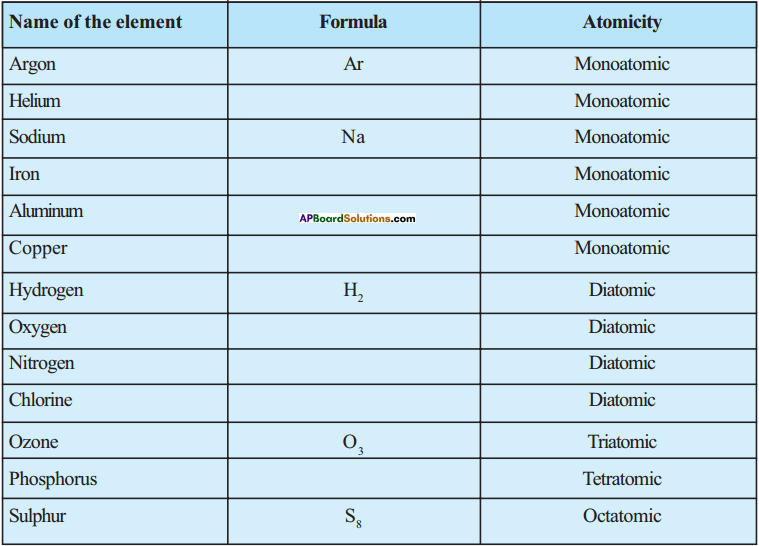 Question 16.
What is valency?
Answer:
Every element reacts with other element according to its combining capacity, which we call as its valency.

Question 20.
Do you get the same result if the conical flask is not closed?
Answer:

Question 21.
Recall the burning of the magnesium ribbon in air. Do you think mass is conserved during this reaction?
Answer:

Question 25.
Which postulate of Dalton’s theory can explain the law of constant proportions?
Answer:
Third postulate of Dalton’s theory i.e. “Atoms of a given element have identical mass and chemical properties. Atoms of different elements have different masses and chemical properties”, is the result of law of constant proportions.

Question 1.
Some elements and their possible symbols are given. Correct them and give reasons for your corrections.
Answer: 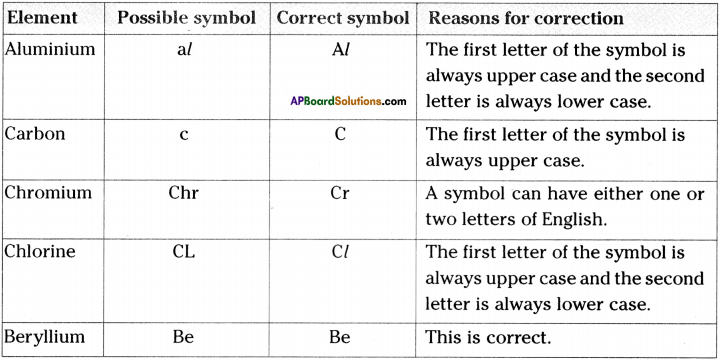 Question 2.
Write the symbols for given elements.