b) Symbol for battery: Two or more cells joined together form a battery.

Question 3.
In a series connection of bulbs, if one bulb fails, why do all other bulbs go OFF?
Answer:

Question 5.
What is the advantage of Miniature Circuit Breaker?
Answer:

Question 7.
Mark T’ if the statement is true and F’ if it is false. Give reasons for choice of answer.
a) In series circuit the electricity has only one path. (T/F)
b) In parallel circuit the electricity has more than one path. (T/F)
c) To make a battery of two cells, the negative terminal of one cell is connected to the negative terminal of the other cell. (T/F)
d) When the electric current through the fuse exceeds a certain limit the fuse wire
melts and breaks. (T/F)
e) The switch is used to close or open an electric circuit. (T/F)
Answer:
a) T
b) T
c) F
d) T
e) T

Question 9.
Visit your classmates houses. Find out the meter readings of three months. Record your observations. Ask your parents about how electricity bill is paid?
Answer:

Question 10.
Draw the symbols of the following electric components.
Answer: 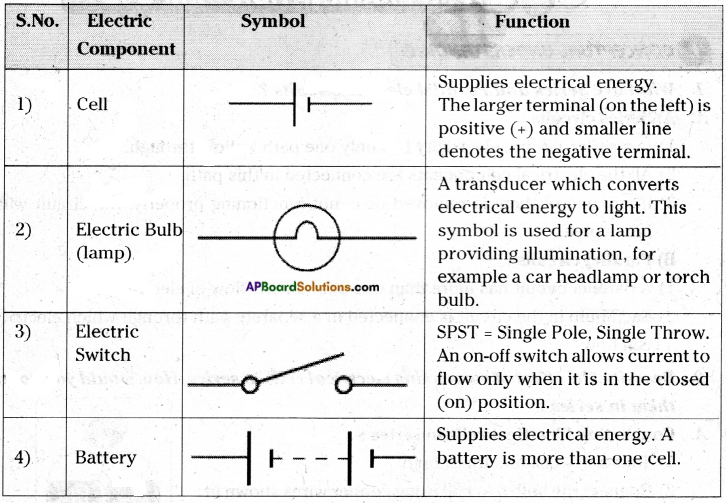 Question 11.
Draw the circuit diagram for the following series connection. 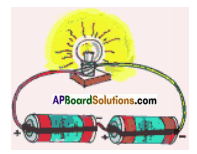 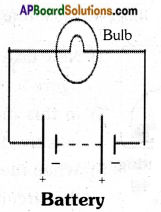