Question 1.
Do you think the: child really went to the moon?
Answer:
No, I don’t think so. It’s only the imagination of the child.

Question 2.
What was the child’s feeling about his trip to the moon?
Answer:
The child felt very happy, and amused. It was a lot of fun to the child.

Take a few important tourist places in your district / state, collect a few pictures and paste them on a big chart with a small write up under each picture. Display this in your classroom. The write up should include the following.

1. THE TAJ MAHAL: The Taj Mahal looms fairytale-like from the banks of the Yamuna River. It’s actually a tomb that contains the body of Mumtaz Mahal – the wife of the Mughal emperor Shah Jahan. He had it built as an ode to his love for her. Dating back to 1630 AD, the Taj Mahal is made out of marble and took 22 years and 20,000 workers to complete. One of the most captivating things about it is the way its colour appears to gradually alter in the changing light of the day. 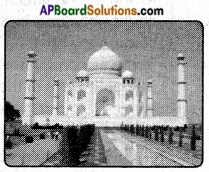 2. HAMPI: Now a relegated village, Hampi was once the last capital of Vijayanagar, one of the greatest Hindu empires in India’s history. It has some extremely captivating ruins, intriguingly intermingled with large boulders that rear up all over the landscape. The ruins, which date back to the 14th century, stretch for just over 25 kilometers (10 miles) and comprise more than 500 monuments. 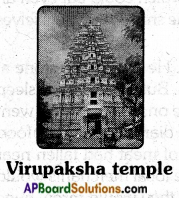 3. AJANTA AND ELLORA CAVES:
Astonishingly carved into hillside rock in the middle of nowhere are the Ajanta and Ellora caves. There are 34 caves at Ellora dating from between the 6th and 11th centuries AD, and 29 caves at Ajanta dating back to between the 2nd century BC and 6th century AD. While the Ajanta caves are rich in paintings and sculpture, the Ellora caves are renowned for their extraordinary architecture. The most incredible thing about these caves is that they were crafted by hand, with only a hammer and chisel. 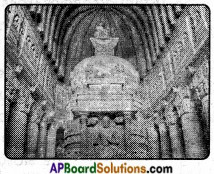 4. FATEHPUR SIKRI: A city that was once the proud capital of the Mughal Empire in the 16th century, Fatehpur Sikri
now stands deserted as a well preserved ghost town. It was abandoned by its occupants after only 15 years due to insufficient water supply. Constructed out of red sandstone, Fatehphur Sikri is full of regal palaces and courtyards. 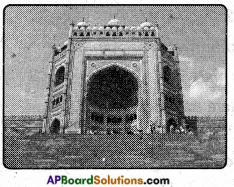 My Trip to the Moon Summary in English

The poem was an imagination by the poet of his trip to the moon. The writer was a student appearing for his exams. He had already taken exams in four subjects. Now he is to study for and write the science examination, going to be held the very next day.

The writer was sitting alone in his house. He was studying the structure of a mouse. Suddenly the lights went out. Then he heard a loud burst. He thought that someone was there outside. So he went out, full of fright. There he saw a big rocket. An astronaut was there inside the rocket. He invited the writer on a flight to the moon. The writer readily agreed. He went in and sat by his side.

My Trip to the Moon Glossary

structure (n): a particular arrangement of the parts

a loud burst: a huge/big sound

full of fright: full of fear caused by something

astronaut (n): a person whose job involves travelling and working in a spacecraft.