Question 1.
Write the similarities between Indus and Vedic civilisation.
Answer:
Religious features: Both Harappan people and Vedic people worshipped nature and Hindu gods such as Shiva and Sakti.
Baked bricks, pottery, and wheeled carts were used both by Harappan and Vedic people.

Question 3.
Describe the economic life of the Indus people.
Answer:

Question 4.
How did the Indus people build their houses?
Answer:
The buildings of Indus people were well planned. It is clear that they possessed a flourishing urban culture. There were wide roads, public wells. Houses were made of bricks which were found in so many other areas across this civilization also. There were two-storied buildings also. Every house was connected directly to an excellent main drainage system. A great tank was built for a public bath which now was called as “the Great Bath”. Large granaries and quarters for labor were specially built in the Indus civilization.

Question 5.
The drainage system of Indus was exemplary. How?
Answer:

Question 7.
How many Vedas are there? What are they?
Answer:
There are four Vedas in the Vedic culture. They are:

Thus we can say the Vedas mean superior knowledge.

Question 10.
What do you know about the political life of the early Vedic period?
Answer:

Question 11.
What is the importance of epics?
Answer:

In Ramayana Rama is an ideal ruler, ideal brother, ideal son. Sita is ideal for Indian womanhood.
Mahabharata is a victory of Dharma over Adharma. 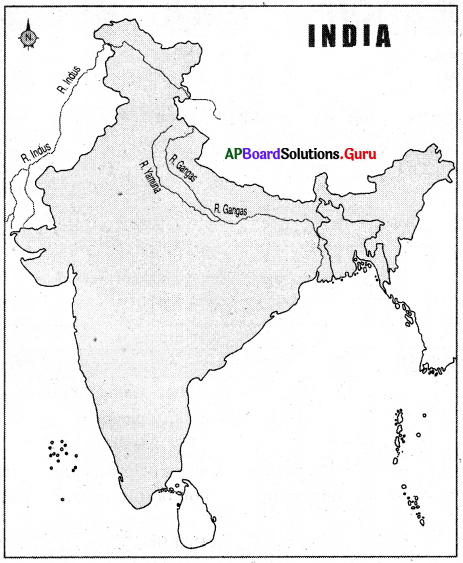 Question 13.
What were the reasons for the decline of the Indus valley civilization?
Answer:

They also played pre-Indian games such as gambling, dicing, and horse cart riding. The remains of a stone sculpture of a priest say that their society of most similar to that of Vedic culture.

Question 1.
Compare the economic activity of Indus people with the present. (Textbook Page No. 66)

Question 2.
Compare the metals used in the Indus civilization with the present day. (Textbook Page No. 67)

Question 3.
List out the names of famous books and its writers from your school library. (Textbook Page No. 72)
Answer:

Question 1.
Do you find any difference between the planning of Indus cities and the present cities? How?
Answer: