→ Line: A line is a straight edge which extends endlessly on both sides. A line has no width.

It is called a curved line.

→ Ray: A ray is a straight edge starting from a point and extends only in one direction endlessly.

A ray has no width.
A ray has only one end point. The end point is called the vertex of the ray. A ray is represented by the initial point and any arbitrary point in the direction in which it extends. Here the ray is \(\overline{\mathrm{AB}}\).

A line segment is represented by its two end points. Line segment \(\overline{\mathrm{AB}}\).
Recall that a small dot made by a shape edged pencil may be treated as a point.

→ History:
Geometry has a long and rich historical nature. The term ‘GEOMETRY’ is derived from the greek word ‘GEOMETRON’. ‘GEO’ means earth and ‘METRON’ means measurement. So, Geometry is the mathematics related to the earth’s measurement.
Early geometry was a collection Of empirically discovered principles concerning lengths, angles, areas and volumes which were developed to meet some practical need in surveying, construction, astronomy and various crafts.
In the ancient India Aryabhatta, Brahmagupta were some of the Indian Mathematicians who contributed their works in geometry.

Here the lines l, m & n are meeting at a single point O and hence are concurrent lines. The point of concurrence is O.

→ Parallel lines: Two lines are said to be parallel, if they never meet each other.

The distance between two parallel lines is constant throughout their length.
Here the lines l & m are parallel to one another. 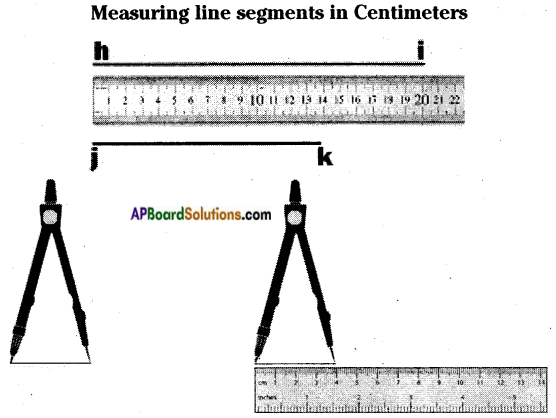 → Angle: A figure formed by two rays with a common end point is called an angle. 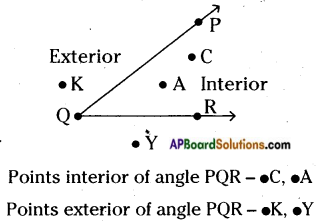 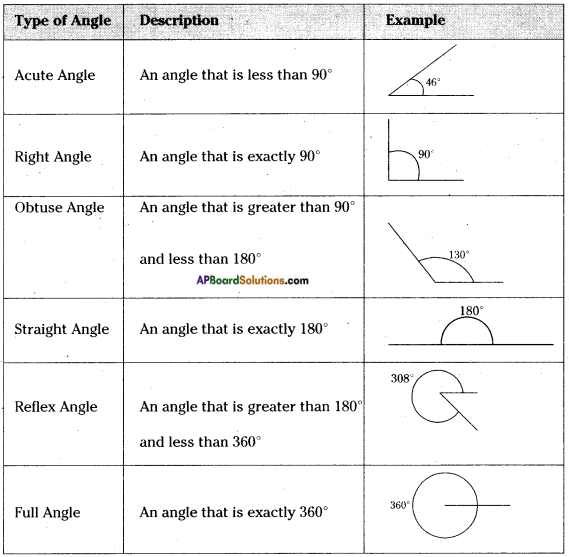 Full angle is also called complete angle.
We use protractor to measure the angle.